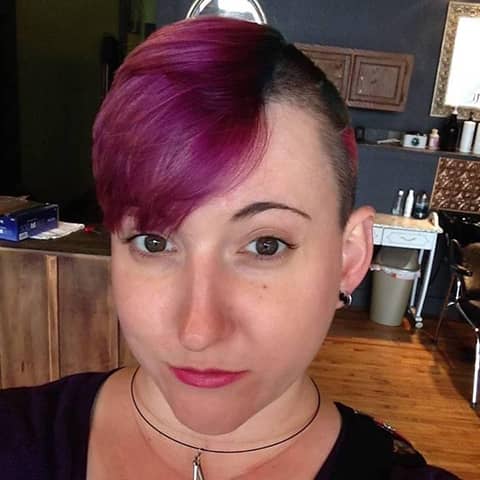 Lyric is a native Ohioan but has lived in Western NC since 2002 with her partner and child (b. 2003). She has a background in design, having worked as a freelance web and graphic designer for over ten years before shifting into a caregiving career. In 2014, she began volunteering at a day program for adults with neurocognitive impairments and found her passion–combining creating with supportive caregiving. After six months of volunteering twice a week, she became an “official employee” and spent almost five years as one of the main creative forces within that organization before joining the Open Hearts team. Expressing her creativity through her personal appearance as well, Lyric is often wearing several patterns at once and may have a different hair color every time you see her. In her free time, she enjoys making shrinky dink jewelry and embroidering.

Back to About Us