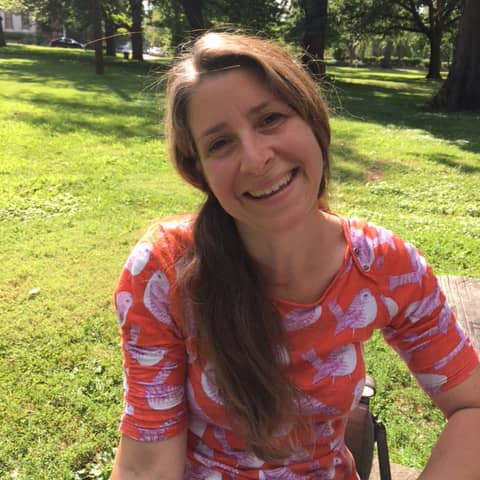 Melissa is originally from the Finger Lakes region of New York State. She moved to South Carolina in 1994 and received her Studio Art Degree from Columbia College in 1998. After some time adventuring in Canada and Vermont, Melissa moved back south, settling in Asheville in 2003.

In 2005 she gave birth to her son, Desmond. Her relationship with him led her to spend many years of his early life at the West Asheville Playschool as a founding parent and teacher, collaborating in its experiential and play based learning environment. During her summer months, she explored the arts with elementary aged children in various summer camps of her design.

In 2016 Melissa was hired at Open Hearts Art Center, where she happily works in its ever-evolving, vibrant arts community. She is passionate about inspiring and empowering people of all ages and abilities through the creative arts and, of course, being inspired, herself, by those she is privileged to work with. Melissa enjoys spending time exploring the outdoors, gardening, and cooking with her family.

Back to About Us